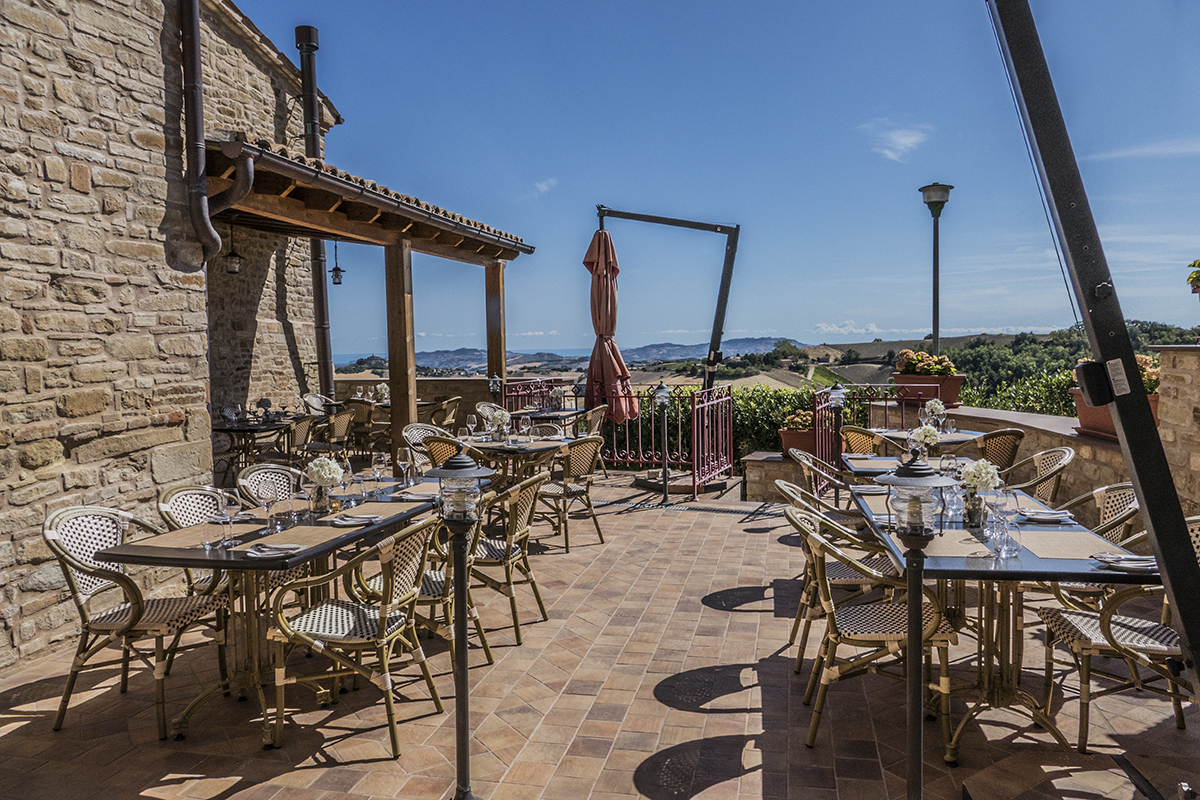 Tucked away in a medieval hilltop town, looking out over rural Italy, a glimpse of the Adriatic in the distant haze, is perhaps the perfect Italian escape.

Hotel Leone is a luxury hotel in the quaint Italian town of Montelparo, in Italy’s Le Marche region. Picture perfect inside and out, with a façade of medieval stone and a lovingly preserved interior, this beautiful boutique hotel is run by husband-and-wife duo, Tim and Madeline. And its authentic Italian charm starts with a wonderful story.

“If we don’t find something this time, it’s not meant to be”

The dream for Tim and Madeline had been to find the perfect Italian building that they could turn into a modest B&B, offering a few rooms and food for their guests. But, after five years of searching, the dream had not only grown, it was almost over. Ahead of their final trip, Madeline admitted to her husband, “if we don’t find something this time, it’s not meant to be”. Determined, they booked to view 50 properties in 10 days; but even then, Hotel Leone wasn’t exactly part of the plan.

Madeline had come across the property online and wanted to arrange a viewing, but Tim, who owned his own construction company at the time, didn’t agree. The photos on the website had been airbrushed for appeal and as a result, didn’t show enough of an opportunity for them to put their own stamp on the interior. While Madeline agreed with his reasoning, something had obviously struck a chord, because she decided to arrange a viewing anyway. At this point, what did they have to lose?

So, on day three of their final search, Madeline and Tim headed to the hills of Le Marche. The property, once ‘Taverna del Leone’, was already different to the others they’d seen, in that it was part of a historic centre. Rather than being “a pile of bricks in a field”. And upon walking through the doors of the medieval fascia, they knew instantly that it was the one. In front of them, with no airbrushing to cloud their judgement, was a building that had been empty for nearly 40 years, albeit some furnishings that had been left in place. Frozen in time, the interior was about 30 years out of date, and the perfect canvas for Tim to put his stamp on.

Their hearts told them it was the one, but their heads told them to continue the search regardless, not ruling out any of the properties still left to view. So, the next day they pressed on, but it wasn’t long before their hearts ruled and they called off the search, instead returning to Le Marche and ‘Taverna del Leone’, to decide once and for all that they’d found their perfect Italian hotel-to-be. The rules of restoration were simple and few: maintain the historic façade. One so pretty they wouldn’t have wanted it any other way. Other than that, they were free to make it their own.

Dating back to 1501 and having ceased previous hotel functionality in 1986, Taverna del Leone was formerly a 19-bedroom, 2-bathroom hotel. Today, Hotel Leone offers everything you could possibly want from Italian accommodation. A life-sized mood board of everything Madeline and Tim love about hotels, Hotel Leone has eight beautiful en suite rooms that combine modern comforts with heritage style. Plus, an elegant restaurant of which Tim is the chef. There’s a stylish bar, in-room spa treatments, an oh-so Italian wine cellar, and an incredible retreats programme. Accommodation spans all the way from twin rooms to stunning suites, and even a 60m2 apartment. The hotel can also be hired (wait for it) for exclusive use, perfect for a fairytale Italian wedding.

What’s more (and yes, there’s more), Tim and Madeline have been awarded gold level status by Trip Advisor’s Green Leaders initiative. They have a list on their website called their Green CV, that outlines everything they’re doing to remain as eco-friendly as possible. And from rainwater harvesting to recycled cooking oils, it seems they’ve thought of just about everything!

And that’s just the hotel. Because aside from a beautiful building awash with timeless charm, there’s something else Tim and Madeline fell in love with when seeking their dream. Le Marche itself. Described by the couple as ‘Italy’s best-kept secret’, Le Marche wasn’t their number one choice. But only because they hadn’t known about it. “Had we known about Le Marche” said Madeline, “we would have probably come here first.”

It has somehow escaped the mass tourism that many of its Italian neighbours suffer. And with a landscape to rival Tuscany, culture to compete with Rome and gastronomy to match the likes of Puglia, that’s no easy feat. The Italians quite aptly describe Le Marche as “all of Italy in one region.” Museums and art galleries, castles and fortresses, Romanesque churches, abbeys, theatres, national parks, breathtaking mountain ranges, rolling hills, lush green fields and blue-flag sandy beaches, it really does have it all. With the addition, of course, of the perfect Italian hotel.

Hotel Leone is nestled among the cobblestone streets and creamy brick buildings of Montelparo, one of Le Marche’s many picturesque hilltop towns. Set 588 metres above sea level, half way between the sea and the mountains, Montelparo (and subsequently, Hotel Leone) is perfectly placed for exploring Le Marche. With enough charm of its own to enjoy, too. You need not venture far to sample the fantastic local wine; Hotel Leone can see to that. Nor to taste some of Italy’s best cuisine, they’ve got that covered, too. Plus, a pool to relax alongside by day, an intimate terrace with gorgeous green views, and a cosy lounge area for those cooler evenings. Stay at Hotel Leone in Le Marche, and you may never want to leave…

You can book Hotel Leone through Livingstone’s Travel World, as part of a gastronomy tour, wedding package, honeymoon or a tailor-made Italian holiday. Simply call us for a chat about your requirements and let us do the rest (you might as well start the R&R now, right?). But whatever your reason to visit Hotel Leone and Le Marche, we hope it’s love at first sight, just like it was for Madeline and Tim. 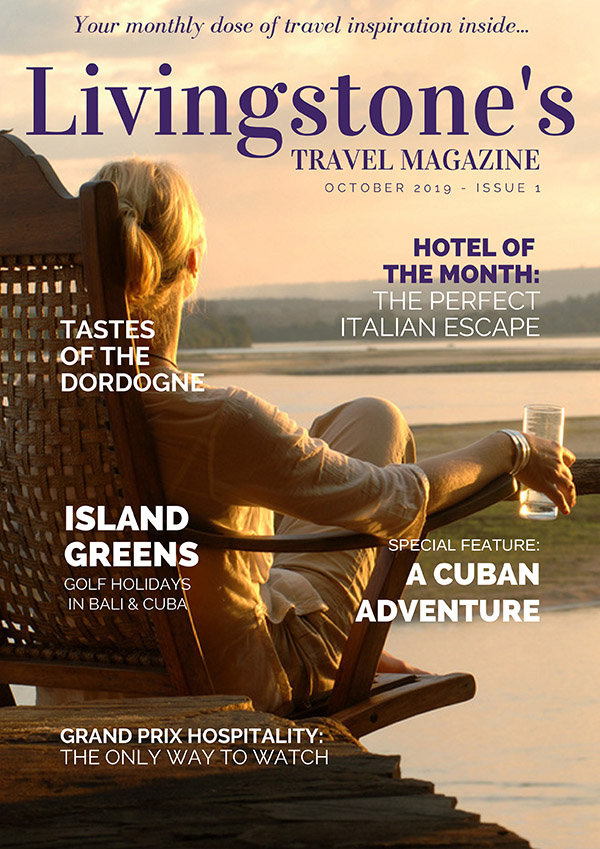